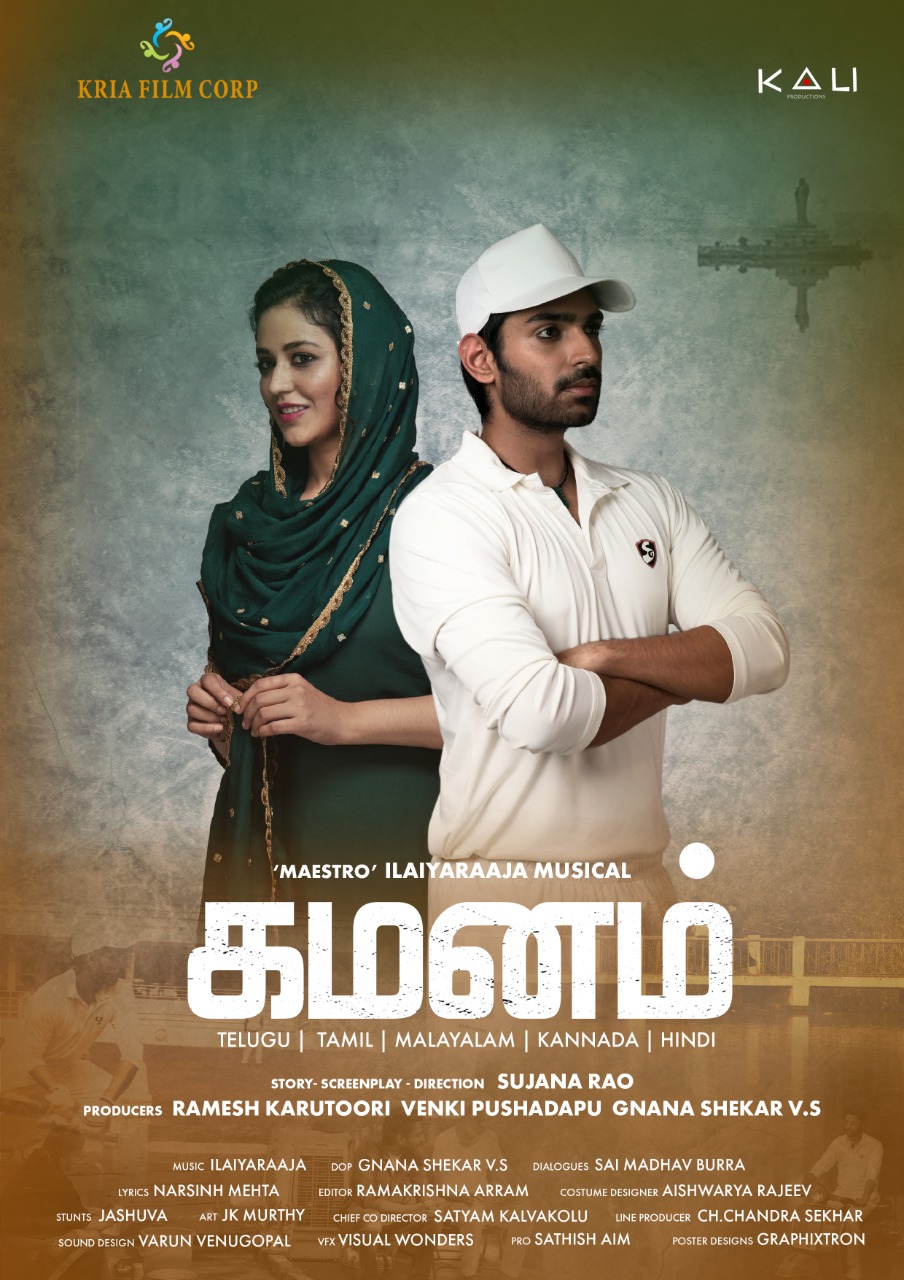 Gamanam, the debut directorial venture of Sujana Rao, is touted to be a real life drama and it is being made as Pan India entertainer in Telugu, Tamil, Kannada, Malayalam and Hindi languages.

The first look of young couple- Ali and Zara played by Shiva Kandukuri and Priyanka Jawalkar respectively is revealed today.

While Shiva is seen as a sportsperson wearing jersey, Priyanka appears to be a typical Muslim girl draped in traditional attire.

Going by the poster, we are going to witness a beautiful romantic story between the couple on screen.

Earlier, first look posters of Shriya Saran and Nithya Menen from the film were released to amazing response.

This time, we have double dhamaka with disclosure of first look of Shiva Kandukuri and Priyanka Jawalkar together.

Gnana Shekar V.S., besides cranking the camera, is also bankrolling the project in collaboration with Ramesh Karutoori and Venki Pushadapu.

Entire shooting part of Gamanam has been wrapped up and post-production works are underway.

Other cast and crew details will be revealed soon.