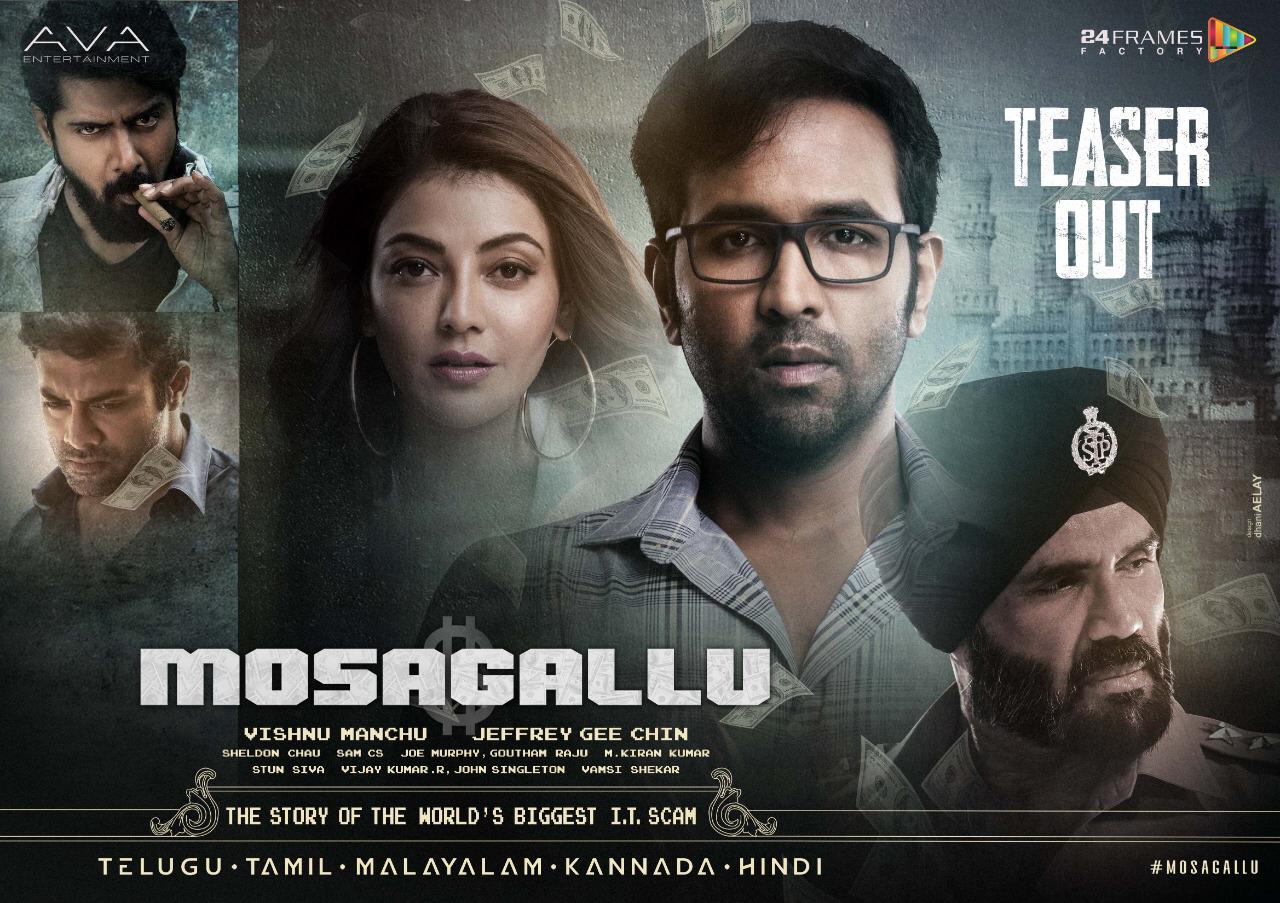 The teaser begins with US President Donald Trump addressing the media at White House warning the offenders of the biggest IT scam that originated in India and shook the United States Of America.

“We will find you. We will eliminate you. And I’m ready and prepared to take whatever action is necessary,” says Trump.

The next episode introduces Vishnu Manchu and Kajal Aggarwal as the masterminds behind the scam.

The teaser that has exposed Mosagallu and the size of their scam is interesting and it makes us curious to know the story behind the scam. It indeed raises expectations on the film.

Mosagallu will be released in multiple languages in Telugu, Tamil, Malayalam, Kannada and Hindi.

Vishnu Manchu is producing the film, while Jeffrey Chin is directing it. Kajal Aggarwal will be seen as Vishnu’s sister.